Say Hi to the Kids

The distinctive voices of Music Together® include those of several children, who sing on selected songs throughout the collections. The families in our classes are always curious about the Music Together child singers, so scroll down to learn more about them! 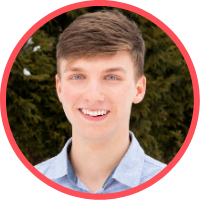 Hudson Orfe is a junior at Interlochen Arts Academy in Michigan. He was a member and frequent soloist with the American Boychoir, with whom he performed in over 300 concerts across the United States, including frequent engagements with the Philadelphia Orchestra, performances with Sarah McLachlan and Zachary Levi, and a month-long tour through China and Hong Kong. Professional credits include Amahl and the Night Visitors with the Kyrenia Opera in New York City and The Secret Garden at the Arden Theatre in Philadelphia.

Hudson notes, "My favorite part of the recording process was probably the last five minutes of the project, when I finished singing and could hear the final product of all our work. It was really special getting to see how many vocalists, instrumentalists, and engineers were involved in the creation of just one three-minute song."

Although Hudson enjoys a number of activities, he says, "My favorite activity, other than singing, is probably acting. I've wanted to be an actor since I was at least in first grade. My first-ever production was 45 Minutes To Broadway, with a cast completely under the age of twelve!" 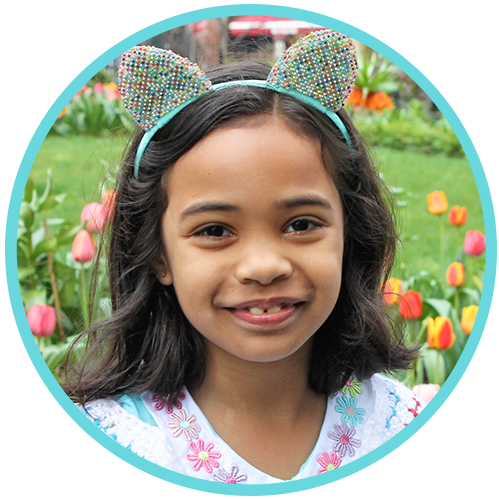 Eleven-year-old Maya Jackson, who can be heard on "Meow!," told us that, in addition to singing, she also likes "art, pottery, soccer, running, playing the piano, composing my songs, making videos, learning about biology, playing with my cat, and writing!" She's not yet sure what she hopes to be doing ten years from now, but she does know her favorite part of the recording process is celebrating with chocolate ice cream when it's done!

Haley Carstensen was two years old when she first attended Music Together. A few years later, when her younger brother Andrew started taking classes, Music Together founder/director Ken Guilmartin asked her if she still had that pretty voice and invited her to record some songs on the Bongos song collection, like "She'll Be Comin' 'Round the Mountain." "Of course, I was honored and thrilled, and I said 'yes!'"

Haley's experience with Music Together started her on a path to making music an integral part of her life. "From my very first class with Ken, to the opportunity to record in a professional studio—these experiences have kindled a love of music that still continues," she says. The recording experience gave her "an appreciation for all the hard work and coordination that goes into one song, with all the different voices and verses. It was great fun working with professional singers, and I was so proud of how it turned out in the end."

Haley is amazed at the vast number of people who know and love the Music Together recordings. It makes me happy to know that I've had a positive influence on so many children's lives, and I've had so much fun doing it!" Haley is now studying math and environmental studies at Dartmouth College in New Hampshire—and still finds time to continue making music as part of Sing Dynasty, a prestigious a cappella group of Dartmouth student singers.

Megan Hayes grew up around Music Together. As a child, she attended Music Together classes in Princeton, and her mother Denise also taught the program. The songs from the two collections she sang on, Sticks and Maracas, will always be familiar to her. In high school, Megan still had very fond memories of the songs she sang, particularly "Biddy Biddy" and "Dance with Me" [now in the Drum and Triangle collections, respectively].

Megan's experience with Music Together nurtured a life-long love of music and singing. "Music Together fostered my passion greatly," she says, "both when I attended as a child, and again when I did the recordings. I am still singing today, in school and in a community choir."

In high school, Carly loved to sing and perform, and she credits her experience with Music Together for being the catalyst in deciding to make music an important part of her life. "The experience definitely encouraged my love of singing. It helped me to become a cantor in my choir and allowed me to feel comfortable singing in front of people."

Of all the songs she recorded for Music Together, her favorites are "She Sells Seashells"—plus any that involved making animal noises! Some of her friends who grew up with Music Together and who are now Music Together parents themselves tell her they still recognize her voice. "It feels really good to be recognized for my singing, and I'm glad they get to know how passionate I still am about music."

Daniel Jacobs was a fourth-grader and also a member of the Fairfield County Children’s Choir in Connecticut, when he was invited to record songs for Music Together in 2002. “My mother (Jackie Jacobs) just so happened to be the director of Music Together of Fairfield County, ” Daniel explains. “So I got to go away for a few days and miss school to record, and it was a lot of fun!”

Daniel sang in the choir and a cappella groups and played the violin while in college. He has now graduated and works at Stepping Stones Museum for children in Norwalk, CT, where he is involved in creating interactive learning activities for young children, and occasionally bursts into a Music Together song! In addition to the violin, which he’s played since he was in the fourth grade, Daniel also taught himself to play both the guitar and the saxophone. He has also performed extensively with a Buddhist youth band, including a performance at Lincoln Center.

Daniel’s admiration for Music Together runs deep, and he fondly remembers many of the songs he recorded, including “Hop Ol’ Squirrel,” “Frère Jacques,” and “Jumpin’ Josie.” However, when he recently listened to the recordings, he was very surprised to hear his own voice. “It was such a long time ago! I had to ask my mom, ‘who the heck is that?’”

“I have always been extremely proud of Music Together,” says Daniel. “I don’t believe you’ll find a more creative, heartfelt, and powerful way to enhance a child’s development and create a powerful bond between family members than through music. I believe that Music Together has altered not only how I view music but how I approach life in general. It makes me want to change the world in ways I might never have thought of as possible.”

Meg McQuade was one of the original child singers on the Music Together recordings and can be heard on both the "Hello Song" and "Goodbye, So Long, Farewell," among others. Young "Meggie," who had been singing in a children's choir at her church, is now "all grown up"! She is married and working at Johnson & Johnson.

Meg fondly recalls the songs she learned recording with Music Together. "My favorite was always 'Goodbye, So Long, Farewell,'" she says. "There was another song, 'A Ram Sam Sam,' that … my little sister Molly recorded with me, and that was a lot of fun. Another one I really liked was 'They Come Back' ... about having faith that your parents would always be back to get you when they had to leave you in someone else's care. That one ... meant a lot to me as a kid with two very busy working parents."

Much to her amazement, Meg recently discovered the Music Together Family Favorites songs available on iTunes. "I hadn't realized how much Music Together had grown until recently. I found myself on iTunes and was in complete shock! It feels pretty cool that I'm a part of lots of children's lives in such a random way. If any of those children and parents met me today, they probably wouldn't believe that I'm the same person!"

Like Carly, Russell's choir director introduced him to Ken Guilmartin, and he recorded tracks on several Music Together song collections. His voice can be heard in Music Together favorites like "Sneak and Peek," "Hippity, Happity, Hoppity," and "Rocketship." He is also the child voice in many different rhythm patterns.

Russell is currently a student at Piscataway High School in New Jersey, where he is an active member of the Student Government Association. Musically, Russell has contributed his talents to many school plays, Broadway workshops, and theater companies. His love for entertainment, especially theatre and singing, has continued to grow since his experience with Music Together all those years ago.

Russell says, "I would like to thank Music Together for this amazing experience and for introducing me to a new way to communicate with others through music."