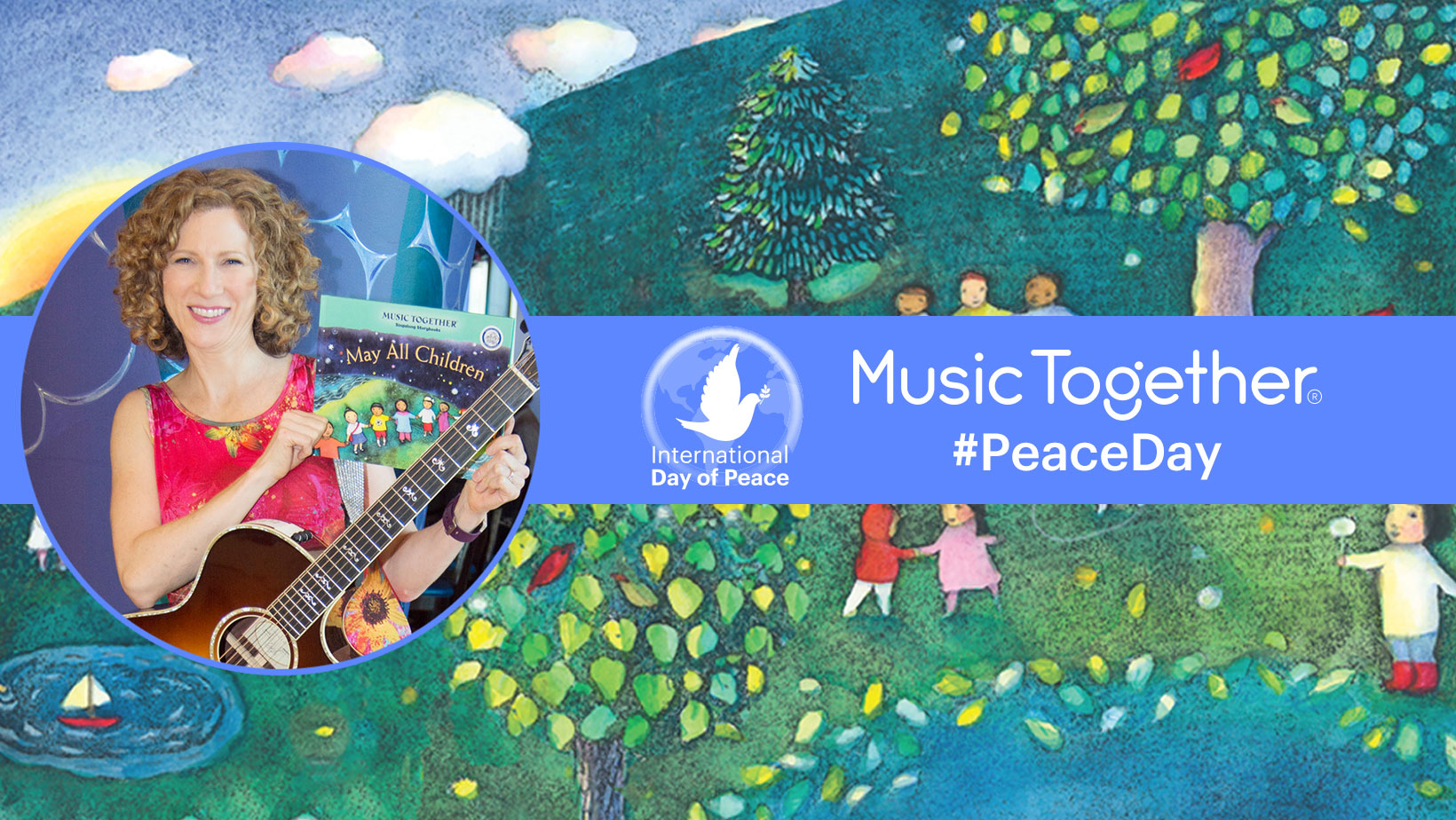 It’s the United Nations International Day of Peace, commemorated every year on September 21. This year, we’ve collaborated with bestselling children’s musician Laurie Berkner to record a new version of “May All Children,” composed by Music Together Founder/Artistic Director Kenneth K. Guilmartin. Go to musictogether.com/LaurieB to download Laurie’s cover.

“We are honored to present Laurie’s version of the Music Together signature song for peace, just in time for this year’s International Day of Peace,” says Ken. “Over the years, ‘May All Children’ has been sung by millions of parents, teachers, and children around the world. Laurie’s recording adds her own award-winning, unique musical style, and will go far in helping us continue the mission to send a musical wish for peace for all people into the world.”

Ken originally wrote “May All Children” as “Solstice Song,” in honor of the 40th anniversary of UNICEF. It was rearranged and retitled in memory of the events of September 11, 2001, and became part of the Music Together Sticks Song Collection in 2002.

Created by a United Nations resolution in 1981, the International Day of Peace is observed around the world annually on September 21. It is a day devoted to strengthening the ideals of peace, both within and among all nations and peoples.

The simple, heartfelt wish for peace expressed in “May All Children” has touched families all over the world as it’s been sung millions of times in Music Together classes and by community and school choruses. The sheet music for the song is available free online, and groups are encouraged to make a donation to UNICEF in lieu of performance royalties. Check out the list of past performances!

We’ve also created a Singalong Storybook for “May All Children.” In honor of the International Day of Peace, Music Together will donate all proceeds from September and October May All Children book sales to the Prelude Foundation, a Houston-based nonprofit organization raising money to support the victims of Hurricane Harvey.

Join us in singing out a message of peace to the world today in honor of the International Day of Peace.