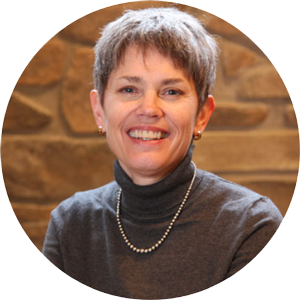 The first point of the Music Together philosophy is “All Children Are Musical.” Thirty years ago, this philosophical point was primarily grounded in “faith” and conviction.

It wasn’t until 2005 that scientific evidence from other disciplines emerged to support music as an essential life skill. Even more evidence emerged in 2015, when three researchers from MIT determined that there are distinct cortical pathways for the processing of music versus speech and/or acoustical sound. This “hotspot” in the brain that is dedicated only to the processing of music is called the sulcus crevice. The sulcus crevice runs through the auditory cortex in the temporal lobe directly above and a bit forward of the ears.

To discover this specialized center, the researchers prepared and recorded 165 two-second clips of everyday sounds, speech sounds, and music to play to ten volunteers who were not professional musicians. These everyday sounds included sounds like a departing plane; a cheering crowd; water being poured into a cup; speech in several different languages; and diverse music selections, such as classical piano, mariachi trumpets, and techno dance.

Each of the ten volunteers listened to these two-second clips over and over in different orders while lying in a fMRI scan for 90 minutes. (An fMRI scan uses radio waves and magnetic fields to track blood flow through time.) Through a new mathematical analysis of grouping clusters of voxel responses (brain cells) with similar activation patterns, the researchers identified neural pathways that fall into six distinct categories of response to sound.

One of those categories of activation patterns was exclusive to music, a second one for speech, and the remaining four categories of activation patterns addressed the processing of other acoustical sounds. The discovery of this small brain region that only processes music and the fact that everyone’s brain has one, certainly lends more credence to our philosophical point that “All Children Are Musical.” It looks like Steven Pinker, a psychologist at Harvard University, is mistaken. That is, music is not the “auditory cheesecake” of homo sapiens.

It is a way of knowing for all humanity.