At Music Together, we say “music learning supports all learning®.” While our primary goal is to support children's music development, we know that music activities also foster children's growth in other domains essential to school and life success. Might music play a role in helping children who are homeless get ready for kindergarten by improving their executive function skills? Three years ago, a research team at the University of Minnesota, where I work as an early childhood specialist, launched a study to find out. 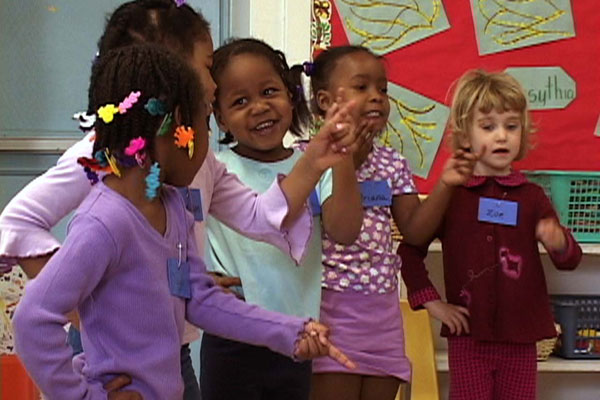 Executive function describes a set of mental tasks that are a major part of what makes us human. It gives us the ability to plan, resist impulses, keep multiple items in mind (working memory), and adapt to our surroundings. The acquisition of these skills depends upon the healthy development of the pre-frontal cortex of the brain, which grows rapidly during the early childhood years.

Kindergarten teachers hope that executive function is already present in their incoming students, but children living in stressful situations often experience a delay in developing these critical skills. The goal of the research study was to see if early intervention could help improve executive function in children living at People Serving People, a homeless shelter in Minneapolis.

A team of researchers well versed in the development of executive function joined forces with those familiar with the issues of homelessness to design an intervention for children ages three–five living at the shelter. There were three parts to the program: 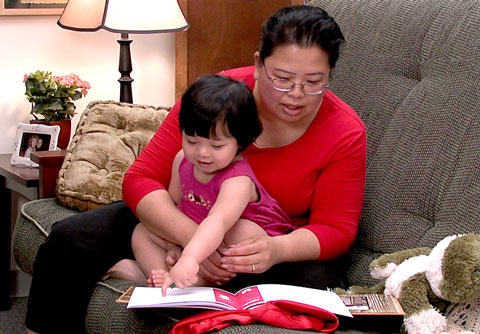 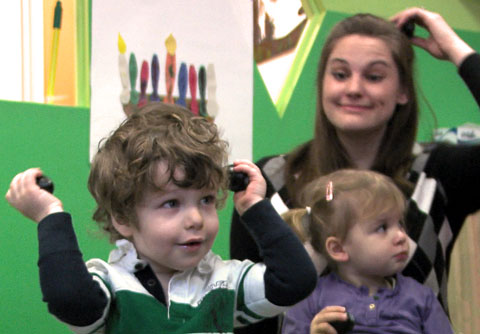 As I’d thought, many Music Together activities already contain elements that support executive function, and others can be easily adapted. When we tap our knees and then clap and then add a third and fourth movement to the sequence, we’re supporting the same brain muscle that allows a child to remember a rule (“don’t grab!”) and then act on it. Asking children to copy movements with egg shakers is a common Music Together activity that promotes rhythm awareness. Asking them to do the reverse movement with the egg shakers (“opposite game”) supports executive function by challenging the children’s ability to keep a rule in mind and act on it—even when their impulse is to copy the example of the person in front of them.

In the classic Music Together call-and-response song “John the Rabbit,” the response is “yes, ma’am” until the very end, when it changes to “no, ma’am” in the last phrase. Asking children to make this change supports executive function, as it requires them to ignore their impulse to keep repeating the same phrase. When we did the song in class, we added some extra executive function “oomph.” We told the children we were going to try to trick them: They would have to watch my hand to know whether to respond with “yes, ma’am” (thumbs-up) or “no, ma’am” (thumbs-down).

Over the course of three years, 75 families were involved in the intervention. We plan to seek further funding so we can continue to develop and test the impact of the program. Early results are promising—and also indicate that there is more work to be done.

Selective attention, a key foundation of executive function, improved in the groups of children who received the intervention. Parents and teachers were very positive about the program—and the Music Together component was particularly singled out as appealing. However, there were striking individual differences in whether and how children changed as a result of their participation, indicating that we need to learn more about how to tailor the intervention to individual children, families, and classrooms. 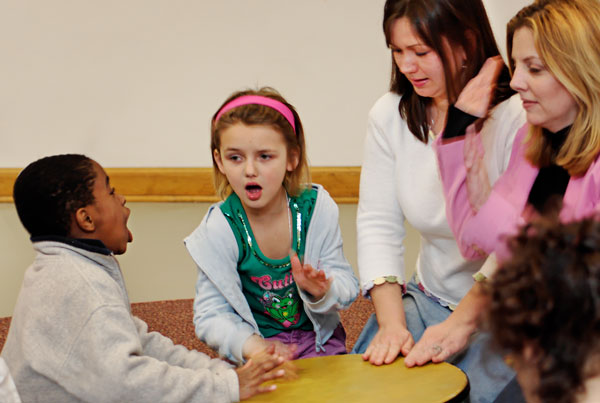 Informally, there were many wonderful moments that demonstrated that the program was engaging and supporting the families and children. Once, I arrived early to set up the instruments for the second week of Music Together class. A few children came over to help me—and spontaneously started singing “Hey Ya Na” as we pulled out the drums! After we had finished one of the sessions, I ran into one of the moms who had participated. She told me that her daughter asks for the lullaby from class every night before bed. It was gratifying to hear that the music had touched this family’s daily routine in a positive way while they were living at the shelter.

Frances Durkin is a licensed Music Together teacher (Certification Level I) and is the Creativity Coordinator at the Shirley G. Moore Laboratory School at the University of Minnesota Institute of Child Development.